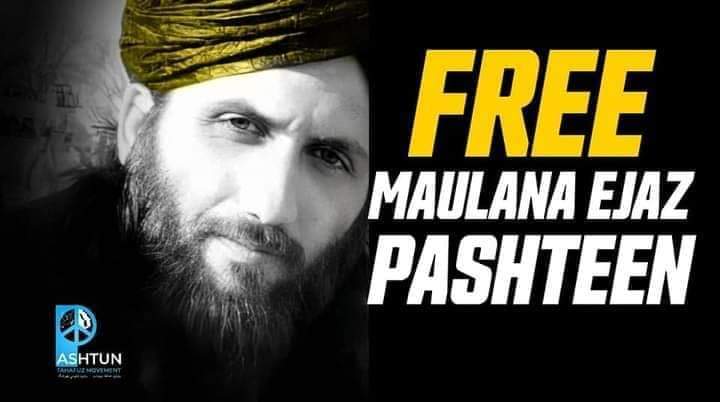 Mr. Ejaz KHAN was abducted by Military Secret Services of Pakistan ISI on August 22, 2020 from his school after his return from a meeting with Manzoor Ahmad Pashteen, the leader of Pashtun Protection Movement (PTM) in Islamabad. Mr. Ejaz is a supporter and main leader of PTM. After his release on January 10, 2021, he informed us through a telephonic interview, that he was subject to extreme torture, degrading and inhuman treatment by professional torturers of ISI in an internment centre situated at Islamabad. He did not know the exact location as he was blind folded when forcibly disappeared by the ISI. They took the password of his mobile from him and checked all his Facebook and other accounts.

He told Khyber Institute that the torturers of the ISI used to come in groups of 3-5 persons in different shifts and used to torture him until fell un-conscience. Then, they use to bring him back to his senses inorder to torture him again. On his first day, he was tortured from evening till morning non-stop. The torturers of ISI told him that  the Tehrik Taliban Pakistan (TTP) a group of Taliban considered anti-Pakistan has given a statement that he (Ejaz) he is an important commander of TTP and was about to conduct a terrorist attack on Pakistan. Through such tactics they wanted to force him to give a statement in front of a camera, accepting the responsibility for being involved in terrorist activities against Pakistan as TTP Commander.

In-order to discourage him from PTM, he was told that PTM has not issued any statement in his support. He was asked question about Manzoor Ahmad Pashteen and PTM. Who is funding PTM or Manzoor Pashteen? Why he use Pashteen cap? etc.

During his 5 months long ordeal, he was subject to extreme torture 50 times and beaten up for 8 hours non-stop. To find excuse to further torture him, he was asked silly questions about his friends and family members like who they are? What are their full names?  what are their ages? and are they involved in terrorists activities? However, he was tortured irrespective of negative or positive response. Tortured and treated in such an inhuman and degrading way that he tried to commit suicide but could not succeed.

During his 5 months in internment centre, he was kept in a dark room. He used to be taken to a torture cell blind fold where he was exposed to very strong lights. This light used to cause extreme burning pain on his eyes and skin. He was kept awake for several days. His hands tied back, was brought to a torture cell resembling an execution room to  Hang him to death. He was told as he is going to be hanged to death so record a statement accepting he belongs to a terrorist group TTP.

They used to take cold water from fridge, sprinkle it on his body and would beat him with a long strong leather belt called LITHER in Panjabi due to which the color of his skin would turn black-blue.  Then they switched on Air conditioner to further torture him. They also used to beat him with metal rods all over his body. He was beaten up on his chest and head with fists. When he used to fell un-conscience due to extreme torture, he was brought back to senses to further torture him. To check whether he is prepared for further torture or not they will present him with food to eat if he could eat it then they would to again start torturing him. To check whether his is mentally ok, they will take off his blind and ask him does he know the person who tortured him few days ago. When he would recognize them then they would again start torturing him.

Due to extreme torture when his right leg stop working, he was taken to a hospital in a BURQA, dress usually wore by women to cover them completely. The doctor asked about his identity?, the torturer replied that he is a terrorist. After medical examination, the doctor told them better kill him rather than further torturing him as his  leg and liver were extremely affected by torture.

The most disturbing fact about these secret internment centres was that on several occasions he was beaten up in front of other under-age young boys who were brought to the torture cells for the first time, in-order to show them what type of treatment is awaiting them. Then, these young boys were beaten to un-conscience several time in front him. According to Mr. Ejaz, about 57 young boys, all of them Pashtuns were brought to the internment centre composed of 13 rooms during his 5 months ordeal there.

To hide their identity, the torturers did not call the names of each another in front of victims. They used the names like MUNSHI (Clerk), TEKEDAR (Contractor), SHO (Police officer designation) and GENERAL SAHIB (Mr. General, Army officer).

Note. First Information Report (FIR) was not registered against him by police. He was not presented to the Court. The military Secret services are abducting, torturing and even killing innocent people with such impunity without accountability.

Recommendation: In view of systematic torture by the state of Pakistan on thousands of disappeared person, it is really important to have REHABILITATION CENTRES for the psychological treatment of not only the victims but the hundreds of torturers too as they are also suffering from mental and psychological problems leading to further extremism in the society.