Persecution Of Pashtuns In Pakistan Highlighted In Geneva

PTM Europe Holds Protests Against Pakistan all over Europe 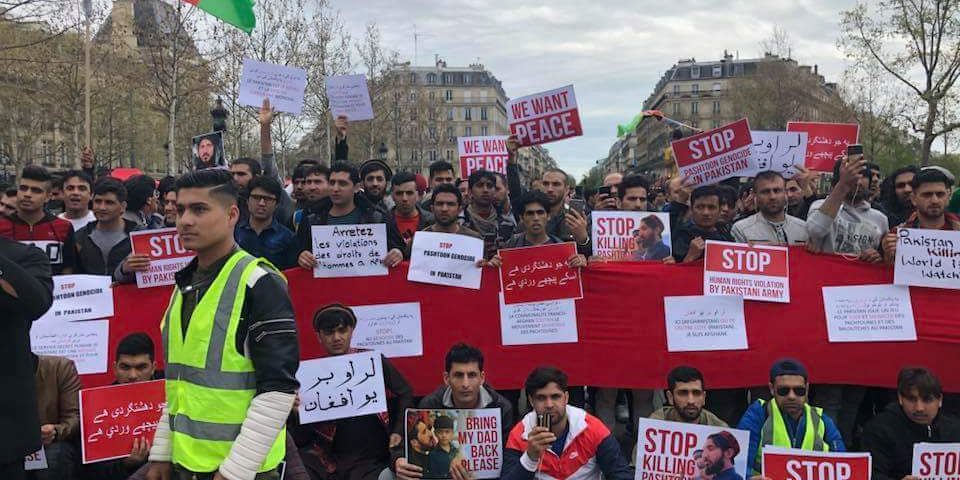 Friday, October 19, 2018
Protests and demonstrations were held in Europe in a response to the call of protests in Pakistan and all over the world made by Manzoor Pashteen leader of Pashtun Tahafuz Movement (PTM). The first of the series of protests planned in Europe was held in Malmo city of Sweden.
The protesters displayed banners and playcards and chanted slogans against the human rights violations, committed by Pakistan’s security forces across the Pashtun territories in Pakistan.
Pashtuns in Pakistan and Pashtun diaspora all over the world reacted with great enthusiasm to the call of PTM leader Manzoor Pashteen.
Other European countries like Denmark held protest demonstration on October 18, 2018 while Belgium, France and UK are planning protests and rallies on October 28, 2018.
It is to be noted that PTM is holding these protests and demonstrations against the grave human rights violations committed by Pakistan Army against Pashtuns on daily basis for the last 17 years.
Pakistan Army is humiliating Pashtuns on check-posts, has occupied their houses, hujras and mosques, has arrested the supporters of PTM and now intend to construct Garrisons in Swat and FATA.
Racial profiling and showing Pashtuns as terrorists in print and electronic media in Pakistan is also the main cause of anger and frustration of Pashtuns. Enforced Disappearances, torture and extra-judicial killing is rampant in Pakistan.
Fazal Rehman Afridi is PTM President for France and contributing to Pashtoonnews and PashtunExpress as a freelance Bureau chief.