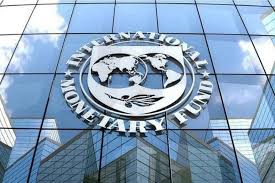 Managing Director of Executive Board

SUB: STOP IMF LOANS TO PAKISTAN TO BE USED TO BUY WEAPONS,

We the representatives of Pashtun Protection Movement (PTM) in Europe look at the recent IMF bail-out Package to Pakistan with great concern, as we fear that this loan of billion 6 $ can be used/diverted to buy weapons and promote extremism in Pashtun areas which will ultimately lead to further increase in on-going extra-judicial killings, enforced disappearances and torture of Balochs and Pashtuns. It is important to note that Pakistan is already placed in the grey-list of Financial Action Task Force (FATF) due to its strategic deficiencies in Anti-money laundering and terrorism financing regime indicating its support for terrorism.

We urge IMF to adhere strictly to its transparency policy and its main objectives of reducing poverty, hunger, disease and illiteracy in the world; promote public spending on reducing income inequalities with the focus on redistribution of wealth and more spending on health and education sectors.

Keeping in mind the track record of Pakistan, it is possible that this money can be diverted to repayments for shady deals with China on CPEC Project, and to buy weapons as has been the case with US Economic and Military assistance of billion 30 $ with which they bought F-16 bomber jets, gun ship helicopters and other weapons which were used against its own people in Tribal areas of Pakistan particularly in Khyber Agency, South Waziristan and North Waziristan (FATA, former tribal areas now merged with the North-West province of  Khyber Pakhtunkhwa) resulting in killing of 75000 innocent civilians.

We request IMF in this case to strictly follow its transparent policy of income redistribution and poverty alleviation, by allocating a huge chunk of the loans to areas like Khyber Pakhtunkhwa, most affected by terrorism and destroyed by both Taliban and Pakistani Military for the last 17 years. Otherwise, the said loan should not be given to Pakistan. The destroyed infrastructure, demolished commercial markets and homes, thousands of Internally Displaced Persons (IDPs), exodus of local industry and the non-existent social and welfare system in these areas require immediate attention of International Community, IMF, World Bank and United Nations.