THE RECOGNITION OF BANGLADESH GENOCIDE 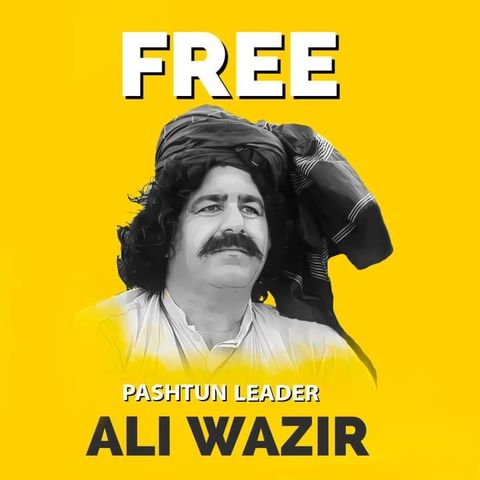 The letter express concern regarding ill treatment and the provision of inadequate medical care to Ali Wazir,

diabetes, and heart problems. Nevertheless, he has allegedly not been provided

with adequate medical care while in detention but has instead undergone

humiliating physical inspections. In addition, his detention conditions are

reportedly inhumane, as he has been held in overcrowded cells and provided

food lacking in nutrients. These issues are of particular concern given the

COVID-19 pandemic, which is said to be particularly pervasive in prisons in

« In 2019, Mr. Ali Wazir was arrested by agents of the Pakistani Army, prior to

the issuance of a FIR against him. He was reportedly detained in connection

with the Khar-Qamar massacre of 26 May 2019, which resulted in the death of

16 PTM workers and the wounding and injuring of 45 others. The FIR against

Mr. Wazir, registered after his arrest, charged him with terrorism and sedition.

However, the Peshawar High Court annulled the charges and the FIR against

Mr. Wazir and released him.

On 7 December 2020, a new FIR against Mr. Ali Wazir was registered by

Sindh police on charges of hatching a criminal conspiracy and making

derogatory remarks against State institutions. The case was registered under

sections 120-B (criminal conspiracy), 153-A (promoting enmity between

different groups), 505-B (statements for inducing a person to commit offence

against state), 506 (criminal intimidation) and 188 (disobeying order of public

servant) of the Pakistan Penal Code.

On 16 December 2020, Mr. Ali Wazir was again arrested by the police while

the Army Public School massacre in Peshawar by the Taliban, which had

resulted in the killing of more than 150 students. »

The report expresses concern on the delaying tactics of the courts in provision of justice,

“We are particularly concerned that the number of complaints received illustrate

violations committed by the Pakistani authorities. The seemingly systematic abuse of

for the rights of the Pashtun minority is particularly troubling. We recall that counter-

terrorism legislation and related penal sanctions should not be misused against

individuals peacefully exercising their rights to freedom of expression and peaceful

association, or to suppress minority rights more broadly. These rights are protected

under the ICCPR and non-violent exercise of these rights is not a criminal offence. In

with terrorism, and risk undermining, and potentially criminalising, the work of

human rights defenders in Pakistan more broadly. We regret that these concerns were

already previously addressed to your Excellency’s Government in previous

prominent work of the judiciary in dismissing some meritless charges, we

nevertheless remained concerned about the potentially chilling effect that harassment

Pakistan in general. We further note that judicial intervention often comes at the point

against individuals and organizations who document and report enforced

The report demanded from the government of Pakistan, “More generally, please provide detailed information regarding

allegations of harassment, intimidation and retaliation against human

rights defenders, especially those associated with the PTM. Please also

indicate what measures have been taken to immediately cease acts of

reprisals and to provide adequate safeguards in order to protect Mr. ….from any threats to his well-being or intimidation in the future and to carry out credible investigations into pending cases of

PTM has raised the issue of Ali Wazir arbitrary detentions with European Union and other international organizations like Inter-Parliamentary Union which will take up the issue during upcoming session scheduled to be held on 24-29 November 2021.