Pashtuns are not terrorists rather victims of terrorism, Manzoor Pashteen 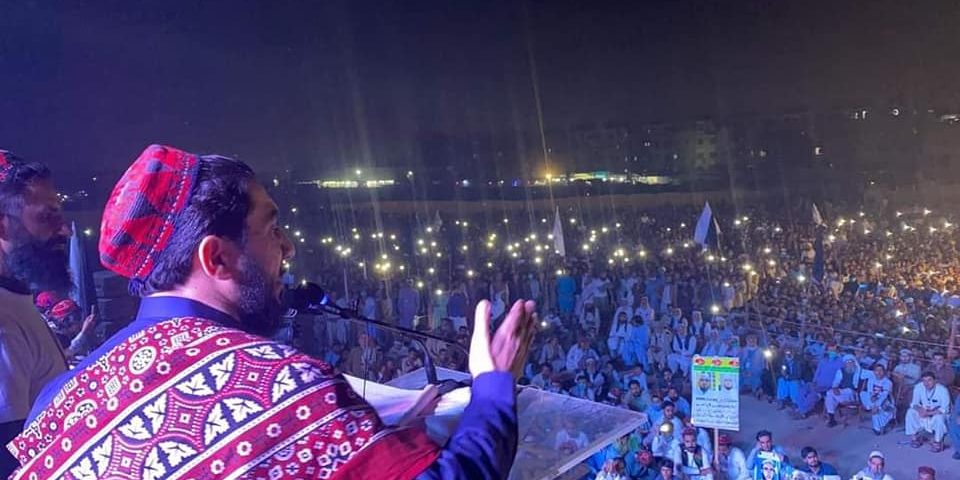 Manzoor Ahmad Pashteen, the leader of Pashtun Tahafuz Movement (PTM) addressing a huge and charged crowd of thousands of Pashtuns at the Southern port City of Karachi said, “Pashtuns are the victims of terrorism rather than terrorists”.

After a long pause in hybernation partly due to covid-19, PTM proved to critics in Pakistan that it is still strong and resilient; and remain the only defecto opposition to the all powerful Military Establishment. Some Analysts were predicting the down-fall of the Movement after the approval of its non-parliamentary Constitution, meaning having no faith in the INSTITUTIONS OF PAKISTAN. On the other hand, erstwhile supporter and a nationalist party from Southern Pakhtunkhwa, vehemently opposing the MEMBERSHIP clause of the constitution of PTM, left PTM causing a heavy blow to the movement.

However, PTM and its leadership through a series of imressive and huge Jalsas (demonstrations) in WANA, MIRANSHAH, CHAMAN and now in Karachi has proved beyond any doubt that PTM can sustain itself without any help from other nationalist Parties and groups. These demonstrations further proved that PTM is not restricted to Ex-FATA as claimed by some traditional nationalist political elites.

“Peace in Afghanistan is impossible without peace in Pakhtunkhwa”, Manzoor said. Another hallmark of the demonstration was the presence of hundreds of relatives of victims of forcibly disappeared persons who brought with them the photos, play cards, identity cards and other relevant documents. As the voice of the oppressed people, PTM through active advocacy at international fora has raised its voice for the victims of land-mines, torture, Extra-Judicial Killings and Enforced Disappearances.