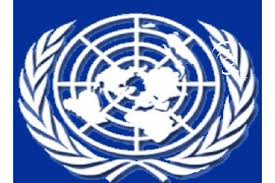 KABUL (PAN): Child casualties in the ongoing conflict in Afghanistan are on the rise, with a 27 per cent increase in the first four months of the current year, compared with the same period in 2012, the UN said on Wednesday.
UNICEF said 414 conflict-related child casualties were recorded from Jan. 1 to April 30, compared with 327 during the same period last year. The sharp rise early in the year raised serious concerns, it added.
A statement from the UN agency cited the secretary-general’s report on Children and Armed Conflict which revealed that 1,304 child casualties were registered in Afghanistan in 2012, resulting from actions by all parties to the conflict.
“These casualties are unacceptable and the increase in the first months of 2013 is very worrying,” the statement said, adding most of the deaths and injuries over the past two years had resulted from attacks with improvised explosive devices (IEDs), including suicide assaults by militants.
On June 3, a suicide attack near a school in Paktia province killed 10 children and injured another seven. The following day, in Farah province, a father and his three children were killed when their vehicle was hit by a roadside IED.
Two days later, the statement said, an airstrike by NATO-led troops killed three children and injured seven more in Kunar province.
UNICEF renewed its call for all parties to the conflict to increase efforts to ensure the lives of children, women and other civilians were protected in accordance with international humanitarian law. This includes changing patterns of engagement that put children in the line of fire and at risk of death and injury.